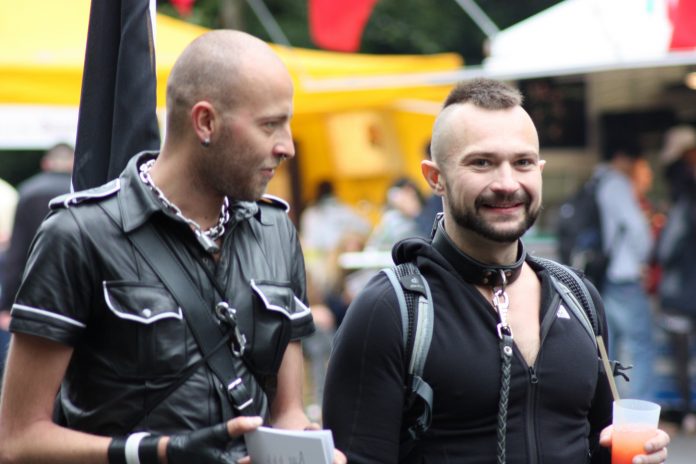 You should have thought that more than 50 years of tyranny – first under Hitler and then as part of a puppet state under the USSR – would have put a permanent mark on Berlin’s historic open and accepting attitude towards the LGBT community.

But when you visit Berlin today it’s like those years never happened. Surely they are clearly visible in the cityscape with historic landmarks and architectural elements, but the people of Berlin seem so friendly and tolerant that it is unbelievable that they have lived under oppressive regimes for so long.

Berlin is unlike any other city on Earth. It’s closest “competitors” are probably San Francisco and Amsterdam, but neither of those cities offer quite the laid back ambience of especially Berlin’s Schöneberg neighborhood.

Maybe it is the city’s historic background that makes it so unique, the combination of tolerance being such an important part of its soul while people also share the burden of such a brutal past. “Never again!” virtually seems to be infused into Berlin’s streets and walls.

In 2001 Berlin got an openly gay mayor, Klaus Wowereit (born 1 October 1953) from the SPD (Social Democratic Party). To avoid his opponents from outing him during the election campaign he outed himself at a party congress with the legendary words “Ich bin schwul, und das ist auch gut so.” (“I’m gay, and that is a good thing.”) Wowereit stayed in office until December 11, 2014.

Traditionally, there have been gay neighborhoods in the districts of Schöneberg and Kreuzberg (both in the western part of Berlin) as well as in Prenzlauer Berg (eastern part). Most of the gay hotels, bars, cafes and shops in Berlin are located in the Schöneberg district which had dance halls for men already back in the 1920s.

Berlin’s Schöneberg district will not strike you with grand architecture and fancy restaurants. You’ll have more of a feeling of coziness and, for me and my boyfriend at least, of “coming home”. Its neighborhood bars welcome you with friendly bartenders and patrons that are more than happy to have a chat.

And if you’re in the market for something more it has plenty of cruisy clubs with active dark rooms, even though you won’t find any of the big clubs you might have expected at such a major gay travel destination.

Motzstraße with it’s side streets is dotted with gay businesses and offers dousins of shops, bars, cafes and restaurants. It’s the place to go to see and be seen and is perfect for bar hopping from early afternoon until the next morning. In fact you can easily stay out around the clock if you so desire.

Here you’ll find legendary Tom’s Bar, which has been a landmark since 1982. Don’t expect it to be packed until really late. It has a very cruizy atmosphere and they screen you when you ring the door bell, but once you’re inside you’ll have a good time. In the day time, drop by Café Bario, a gay institution for more than 50 years. Other noteworthy bars in the area include Scheune, and Mutschmann’s, a pretty cool leather bar.

Related: London Is Gay at Heart

Nearby Fuggerstraße goes paralell with Motzstraße. It’s maybe a bit more relaxed than its “big sister” and is the perfect place to retract for a breather or a good meal. We loved Prinzknecht with it’s friendly bartenders and nice mix of different age groups, and also a good mix of locals vs tourists. WOOF is a small but very friendly bear bar, while Connection Club is an after hour techno club.

We stayed at Hotel Artim on Fuggerstraße and totally loved the place because of its helpful staff and perfect location. We were lucky enough to be upgraded so I don’t know if the regular rooms are as nice and clean as our was but we were very happy with it. You also have  gay exclusive Axel Hotel just around the corner with beautiful rooms and gorgeous common areas.

Other gay friendly areas of the city include Kreuzberg, Prenzlauer Berg, Mitte, and Friedrichshain. Each district probably has more gay establishments than most mid-size European cities so don’t be afraid of trying them out.

Big events you may aim at or away from, depending on your affinity for big crowds,  include Berlin gay pride aka Christopher Street Day in June/July, the local-feeling but quite massive two-day Stadtfest/Motzstraßenfest in July and Folsom Europe in September.

Do you like Berlin? Isn’t it just a marvelous city? Let us know what you think in the comment field below.