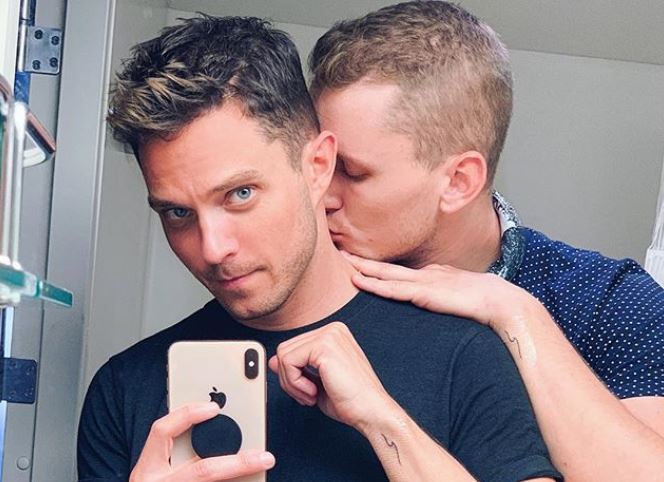 “Me and my boyfriend made a music video together! I’m singing and he’s dancing #sober #demilovato,” Eli wrote on Twitter.

The singer/songwriter first gained traction on Youtube where he started posting covers of popular songs from his home in Iowa.

Eli’s new video is for his cover of Demi Lovato’s song “Sober.”

Eli released his latest album “The Nights We Lived” in April 2018 and “Eli Lieb – Sober” is now available for download and streaming on all major online music services.

Related: How To Kick-Start Your New Life

Lieb is a pop singer and songwriter. He first gained traction on Youtube where he started posting covers of popular songs from his home in Iowa.

His videos gained a positive response and he released his first self-titled album “Eli Lieb” independently in October 2011 while living and performing in New York City. He covered “Wrecking Ball” by Miley Cyrus in October 2013 and his video went viral.

Singers Adam Lambert and Lucy Hale gave positive feedback and helped to share the video. Lieb has since collaborated with Adam Lambert.

In 2014 Lieb released a free to download single titled “Safe In My Hands” as part of a campaign sponsored by Allstate called “Out Holding Hands”. The song was featured in the season finale of season 2 of “The Fosters”.

He currently has over 30 million views on his YouTube Channel.

Lieb is gay and many of his songs and music videos reflect his identity as a gay man.

Lieb has said that he makes music regardless of his sexuality and is not interested in using his sexuality to attract an audience.

He is proud to be a normalizing voice for the gay community in mainstream music.