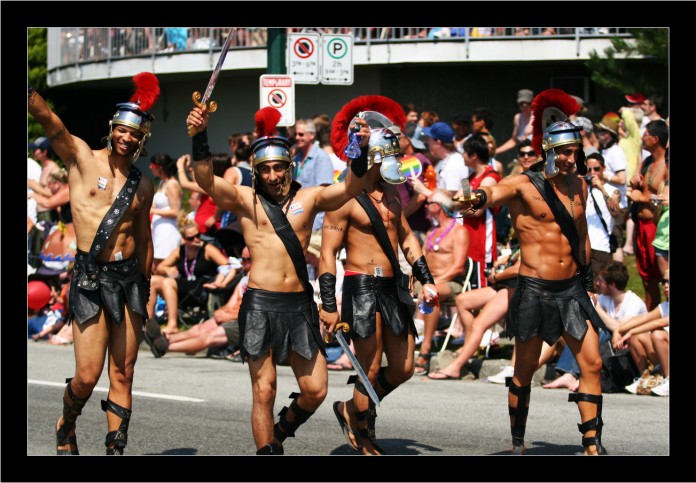 In Vancouver, one of the world’s most stunning cities, you can kayak in English Bay in the morning before skiing down Grouse Mountain later that afternoon – indeed, few cities offer better access to the great outdoors. The city’s glimmering, postmodern city center anchors a peninsula jutting into the rippling Strait of Georgia, its shoreline sculpted by bays and inlets.

From just about anywhere on this peninsula, you’re within walking distance of two beaches, leafy Stanley Park, the ultra-gay Davie Village district, and several similarly diverting neighborhoods. It’s for all these reasons that Vancouver – which is also in a country that has legalized same-sex marriage – has emerged as one of the most wonderful gay destinations in the world.

For Americans, visiting Vancouver is quite easy. The city is just a three-hour drive north of Seattle, and it also has direct flights from numerous U.S. cities. Just keep in mind that you are required to show a valid passport when crossing the border.

Vancouver is a highly progressive place – feminists, lesbians, and gays play a prominent role in local politics, have helped rejuvenate several flagging neighborhoods, and support a compact but potent restaurant and club scene. The West End, which abuts Downtown and was a prostitution-ridden eyesore in the 1980s, is the city’s main gay commercial and residential sector.

You’ll find most of the gay nightlife and social scene along a roughly eight-block stretch of Davie Street known as Davie Village. Farther north, Davie intersects with another lively strip of cool shops and restaurants, Denman Street. At this intersection, you’re just steps from sparkling English Bay Beach, a fine spot to catch a few rays on a warm afternoon.

Davie Village is a terrific neighborhood for eating and bar-hopping. The campy and affordable Cafe Luxy serves humongous portions of pasta, and nearby Hamburger Mary’s is a fun, late-night bet for burgers, fries, and diner fare.

Elbow Room specializes in breakfasts and lunches, and “abusing” customers, including many celebrities from Canada & the U.S. Grab an espresso at gay-popular Delany’s or at Melriches, which is just around the corner from the acclaimed queer book and gift shop, Little Sisters.

Later in the evening, check out Davie Street’s gay bars, the most popular being Celebrities and The Junction Public House, which both draw young, stylish crowds. Both spots pull their share of lesbians, but Celebrities is the more diverse of the two.

Other fun drinking spots along Davie include Oasis (an attractively decorated piano cabaret and restaurant), Pumpjack (a neighborhood pub with a leather-and-Levi’s vibe), 1181 (an ultra-chichi martini lounge drawing a well-coiffed crowd), Fountainhead Pub (a fun sports bar with a great patio), and Numbers (a lovably dive-y cruise bar with three levels).

If you’re looking for action, drop by one of the city’s popular bathhouses, F212 Steam or Steamworks.

There are several gay-friendly bed-and-breakfasts and hotels in the neighborhood, the upscale West End Guest House being among the best, with its beautifully decorated Edwardian rooms. Another luxurious B&B that’s highly appealing is O’Canada House, whose rooms have spacious tile baths and TVs with VCRs.

You’ll find 195 spacious, contemporary suites with full kitchens and moderate rates at the Sandman Suites, a popular full-service hotel right in the heart of Davie Village – amenities include the popular Moxie’s Grill restaurant, a spa, and a fitness center.

From here it’s a short drive to North Vancouver, home to Grouse Mountain ski area. For a great photo-op, stop by the nearby 450-foot-long Capilano Suspension Bridge, which swings gently (for the most part) 230 feet above the river below it.

Back in the city center, you’ll find some of the city’s best upscale shopping along Robson Street, and you can enjoy a more historic aspect of Vancouver by wandering through Gastown, the site of Canada’s transcontinental railroad terminus.

The neighborhood boomed throughout the late 1800s, foundered by the middle of this century, and became a model for urban restoration in the ’60s and ’70s. Today you can stroll along Gastown’s main cobbled thoroughfare, Water Street, past dozens of somewhat touristy shops and restaurants.

Close by you will find the Blue Horizon, a contemporary Vancouver hotel with an indoor pool, a sauna and corner guest rooms with a full balcony. Just 2 minutes’ walk from the seawall, adjacent to False Creek and English Bay, is the wine-themed hotel Executive Hotel Vintage Park.

This hip district is also home to the city’s coolest hotel, the Opus, which also happens to be one of North America’s most gay-friendly addresses. This swank yet unpretentious property with 96 rooms and suites is a favorite haunt of visiting celebrities, who appreciate the super-efficient staff, boldly designed rooms, and cool lobby lounge.

Another cool Yaletown address for sophisticated chow and memorable people-watching is Blue Water Cafe, whose specialties include a sampler of four ceviches with salmon, halibut, tuna, and scallops, and a wonderful entree of local sablefish caramelized with soy and sake.

From Yaletown, you can catch a water taxi to Granville Island, once the shipping and processing center for the city’s logging industry, and now yet another successful urban renovation with a mammoth public market and many galleries and artists’ studios.

It’s a 15-minute drive east of the city center to Commercial Drive, a neighborhood that’s been reborn in the past decade as the city’s lesbian hub. Here you’ll find several woman-owned shops, including Womyn’s Ware, the definite source for women’s sex toys, lube, and fetish wear.

Finally, if you’re looking for some outside fun on a sunny day, make the 20-minute drive to West Vancouver to Wreck Beach, which is right by the campus of the University of British Columbia. Not especially sandy or accessible (you must hike down a steep 100-foot trail), this 7.8 km long clothing-optional beach is North America’s largest.

The south end of Wreck Beach (to get there follow the signs for trail number 6) is predominantly gay, and depending on your vantage point, the views from this secluded swath of sand can be amazing, whether you’re admiring nature – or naturists.