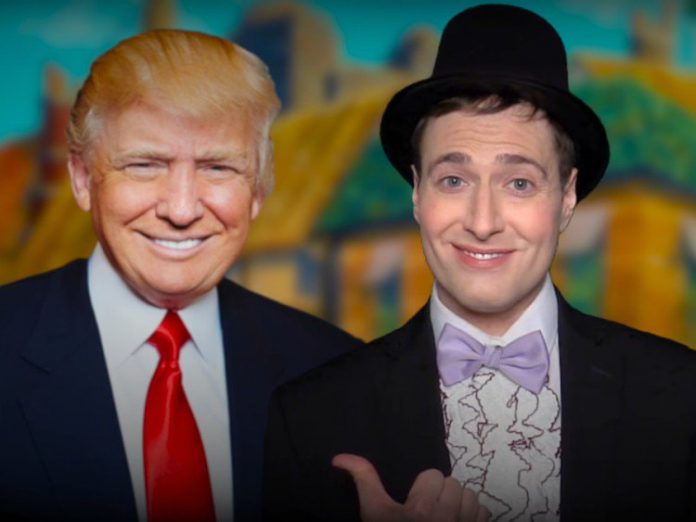 The Internets have had a field day this week after Donald Trump tweeted a meaningless sentence and ended it with the nonsense term ‘covfefe’.

Even though it’s not the first time the president utters incoherent and illogical rants on Twitter, this tweet seems to hit a special nerve among his many opponents.

Thousands of comedians – both professionals and amateurs – have had their take on the term and its possible meaning over the last few days.

Now the YouTube sensation Randy Rainbow has created Covfefe: The Broadway Medley. Randy, who has become hugely popular with his satirical musical numbers, has adapted Broadway superhits such as Cats, Oklahoma, and West Side Story to create a brilliant comment on the now famous term and the buzz around it.

“Covfefe, it’s when your wig dye seeps into your brain. And your crazy tweets are incomplete, but you don’t delete ’cause you’re insane,” Rainbow sings.

Watch for yourself below. It’s four minutes well spent.