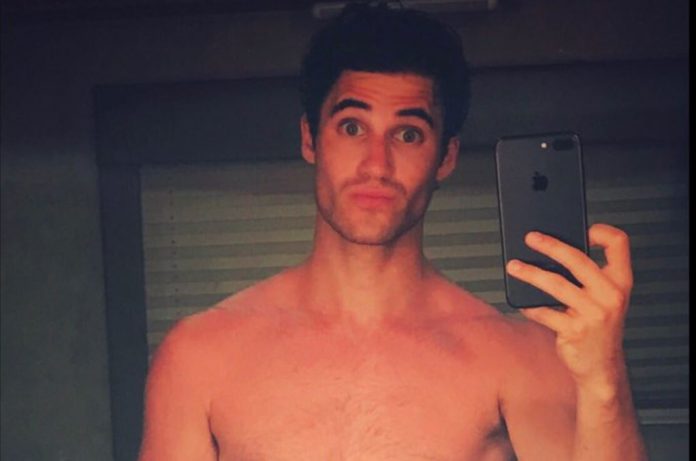 The former Glee star is in Miami filming The Assassination of Gianni Versace: American Crime Story, and the Florida sun seems to take it’s toll on him.

Which in a way is good for us, because the “event” triggered the actor to share a pic of his beautiful bod on Twitter.

So what's more red? My sunburn, my speedo, or YOUR FACE??? #ACSVersace pic.twitter.com/DT9z10OJ3n

It’s not the first time Darren Criss has been nice enough to share his great physique with his fans. Earlier this month, a series of pics of him in a Speedo surfaced online.

And in the Broadway show Hedwig and the Angry Inch, the straight ally sported some really sexy leather shorts.

In ACS: Versace, the third season of the Emmy-winning FX series, Criss plays Andrew Cunanan, who shot and killed the gay designer just outside his South Beach palace in 1997.