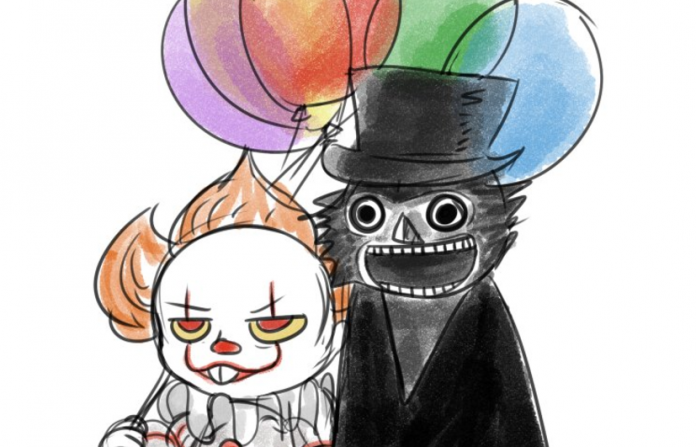 Twitter users are going crazy over the idea of the ultimate gay power couple, Pennywise the Clown and The Babadook

Pennywise is the super scary star of the recently released horror film, It, played by Swedish actor Bill Skarsgard.

A REPUBLICAN REALLY CAME INTO MY DMS BECAUSE I SHITPOSTED A PENNYWISE IS AN LGBT ALLY EDIT DNSNSND pic.twitter.com/hq4IyqNkZv

@starkrhodey clapped back with the phrase that started it all: ‘pennywise and his boyfriend the babadook are offended by you sir.’

That was when the tweets and the fan art started, writes GayStarNews.

Pennywise and his boyfriend, The Babadook are off on a date to get crepes and terrorize some kids. pic.twitter.com/eakshrfkN7

Pennywise and the Babadook are engaged and want a nice Halloween wedding, who would've thought those two crazy kids would end up together

I WILL DIE DEFENDING THIS SHIP

its official pennywise and the babadook are dating and gay icons https://t.co/cT7cKKMxKv

Offering my body to pennywise so he can finish his sculpture in time for his boyfriend, the babadook's birthday

I would love to attend a Pennywise/Babadook wedding. They'd make a cute couple.

PENNYWISE IS 1000% GAY! He and The Babadook are in a loving relationship, and are looking to adopt a devil child in the future

i only ship pennywise x the babadook from here on out

GOODNIGHT TO THE LGBT ICONS PENNYWISE THE CLOWN AND HIS LONG TERM BOYFRIEND THE BABADOOK, PROSPER QUEENS