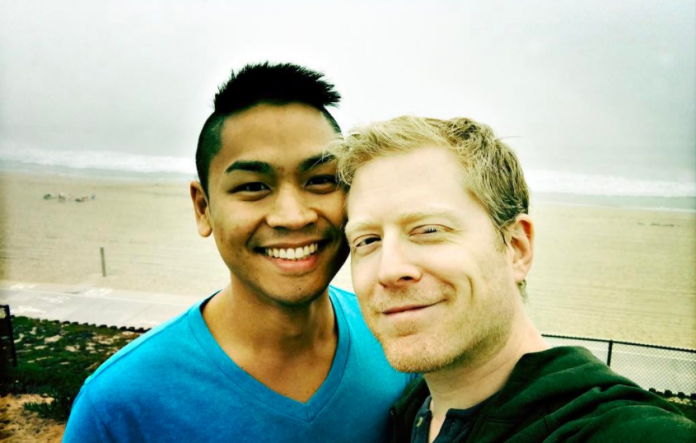 Starfleet Science Officer Lt. Stamets, played by Anthony Rapp, will be the first gay character in a Star Trek TV series and Wilson Cruz will play his partner

Anthony broke the news about the gay Star Trek romance at San Diego Comic-Con on Saturday:

“I can announce that Wilson Cruz will play my love interest and my partner in ‘Star Trek: Discovery’. I’m very proud of that and that he’s a scientist.”

Wilson, who played Enrique ‘Rickie’ Vasquez on the TV classic ‘My So-Called Life’, tweeted about his new role shortly after Rapp’s announcement.

“Well, apparently, the cat is finally out of the bag,” he wrote. “I’m so thrilled to be a part of the epic American mythology that is ‘Star Trek’!”

Well, apparently, the cat is finally out of the bag… I'm so THRILLED to be apart of the epic American mythology that is #StarTrek! 🖖🏽❤️✊🏽 https://t.co/ZUJIptAW7s

“Star Trek has always been of diversity and universality and unity. If you say you love the legacy of Star Trek, but you don’t love that, then you’ve missed it,” said Rapp’s costar Sonequa Martin-Green. “I encourage you to come on the journey with us.”

“Our opportunity is to take our view of conflict today and still search for some resolution that is not dystopian, but utopian,” added Rapp. “I promise you that we passionately believe in what we are doing. We want to do something meaningful and honor what came before.”

Check out the trailer for ‘Star Trek: Discovery’, which debuts on CBS on September 24, below.

And here are some cute Insta posts of Anthony with his boyfriend Ken:

Foggy day at the Pacific Ocean

Our first anniversary. I can't believe a year went by so fast… I'm profoundly lucky.

And one of Wilson:

You'd be here, too, if your uniform at work was SKIN TIGHT and WHITE! #startrekdiscovery