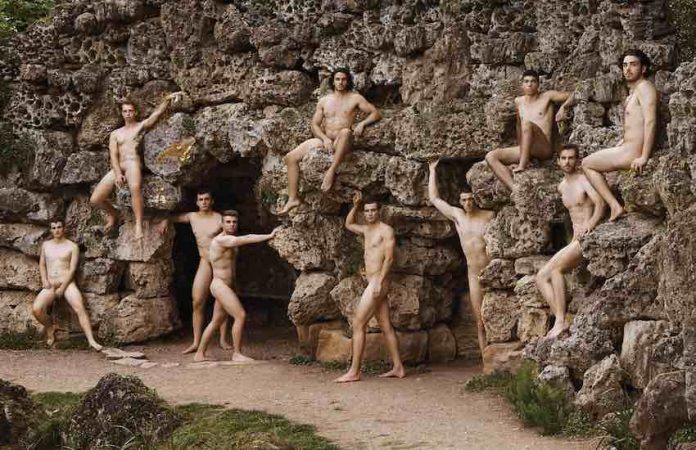 It has become quite common for sports teams around the world to strip down naked for a cause and the hot studs of Warwick Rowers have kept the tradition alive for 8 years.

The club currently has over a hundred members.

Their first calendar, released in 2009, only raised £300 but the club now rakes in six figures every year for their outreach program, Sports Allies.

Sports Allies fights homophobia in sport through education and support of young LGBT athletes. The organization recently released a report arguing that homophobic language should be banned in sport in order to provide a more welcoming place for LGBT+ people.

The Warwick boys have even released a behind-the-scenes teaser trailer with the sexy athletes firing water pistols at each other while covered in nothing but a bit of body paint. The photo shoot was done partly in the UK and Spain.

The team has gained quite a following with celebrity fans such as Kris Jenner, Kylie Minogue, and Sir Ian McKellen.