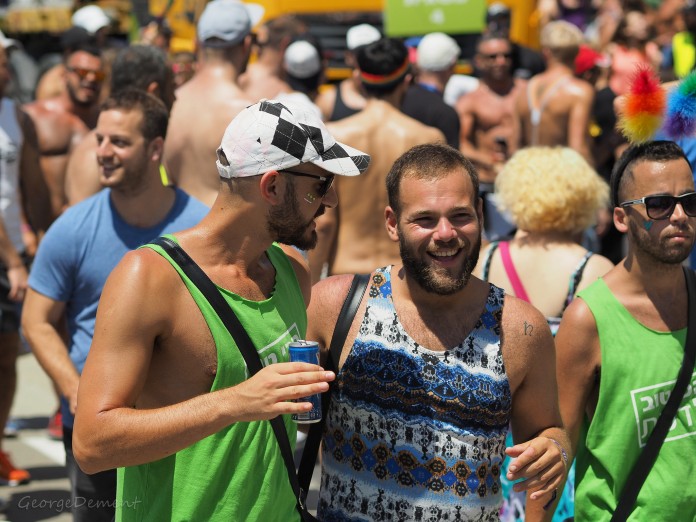 Our guide to amazing ways to celebrate your pride

This year is one of the greatest years ever to celebrate your gay pride. Recently, generally conservative Ireland legalized gay marriage through a referendum, and then the U.S. Supreme Court ruled that gay couples have the right to legally marry in every state of the Union. When Justice Anthony Kennedy wrote that, “No union is more profound than marriage, for it embodies the highest ideals of love, fidelity, devotion, sacrifice and family” he changed the lives for gay Americans forever.

Here are 7 amazing ways to celebrate your gay pride:

March in your local Pride parade

If there is an annual Pride parade in your area, join in and celebrate with your friends, colleagues, neighbours, or total strangers. It’s a lot of fun and it does make a difference. And if your community doesn’t already have a local Pride march, help organize one!

Your life is unique, but that doesn’t mean that all of your experiences are totally unique. Pick up a book. Watch a documentary. Visit a museum. You will find that your struggles have been shared by thousands of others before you. Many of those people went through a lot worse than you and I did in order to be able to be themselves and love who they wanted. They are real heroes as they paved the way for all those rights we are enjoying today.

I don’t like to use stereotypes, but it’s probably not that controversial to claim that gays and lesbians are more creative than the general population. Maybe it’s our struggles that have required us to find our own ways, or maybe it’s something in our brains. No matter what, you should embrace your own creative self and also support other creative souls in your community.

Supporting your local community is important, but sometimes you just need some inspiration. Visit a major gay friendly city like San Francisco, London, New York, Amsterdam or Fort Lauderdale. Get a feel of how it is to live in a metropolitan and accepting city. You may like it, or you may not, but you will still walk away from the experience a little bit wiser.

There are so many people, businesses and organizations that do not want us to be able to live and love as we want to. Why would you want to support them with your hard earned money? Try instead to seek out those that will treat you as their equal. Remember that sometimes it really is the small stuff that changes the world.

If you don’t like big cities, try a small gay resort town instead. Nowadays there are so many to choose from, but you’re unlikely to go very wrong with places like Provincetown, Puerto Vallerta, Sitges, Fire Island, Torremolinos or Key West.

Pride your own way

More than anything else, pride is a state of mind and if you don’t feel like dancing around with thousands of other guys and girls, it’s totally fine to celebrate your pride in your own private way. Have a beer, a pizza, or whatever you like. Just take time to appreciate that you are born this way and that you can be as awesome as you want to be regardless of your sexual orientation.