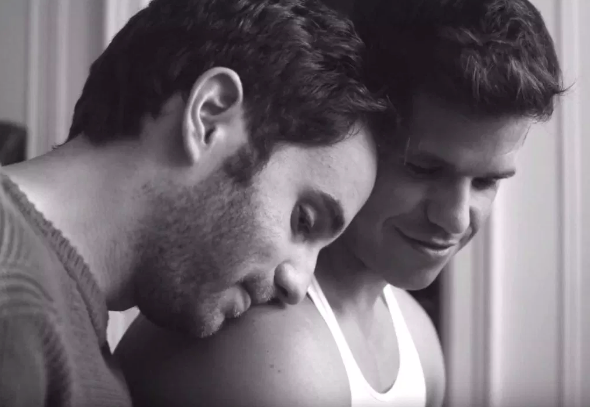 The video is a gay love story between Ben and Charlie’s characters, made for Ben’s just released single “Ease My Mind” off his upcoming solo album.

In addition to being a singer/songwriter, Ben is also a Tony Award winning actor who has played in several major Broadway productions, such as The Music Man, The Book of Mormon and Dear Evan Hansen.

Ben told People that he’s excited to be able to represent his relationships and the men that he has loved through his music.

“I’ve been out since I was 12 years old to my family and anyone in my life. I’ve never sort of hidden that or been ashamed by it. It’s just part of me.”

“I really felt like the only reason I wanted to do this was to try to do that authentically and have the opportunity to show myself sort of outside the context of characters.”

Charlie is also busy in his career. In January 2019, it was announced that he will star in the upcoming Netflix drama series Ratched, alongside America Horror Story star Sarah Paulson.

Last year, he was starring in the revival of The Boys in the Band for the landmark play’s 50th anniversary which premiered in April 2018.

He’s also an advocate and has tweeted his thoughts about our current president’s horrible track record on LGBT issues: “Any effort to reduce or remove HIV/AIDS services to the communities most affected by AIDS is a form of genocide. Stay vigilant folks. Shame on you, @realDonaldTrump”.

Any effort to reduce or remove HIV/AIDS services to the communities most affected by AIDS is a form of genocide. Stay vigilant folks. Shame on you, @realDonaldTrump https://t.co/pj67rssOJf

The hot Hollywood homos were hooking up in season six of MTV’s TV show “Teen Wolf”!

Not only hooking up, actually. They were in a relationship. 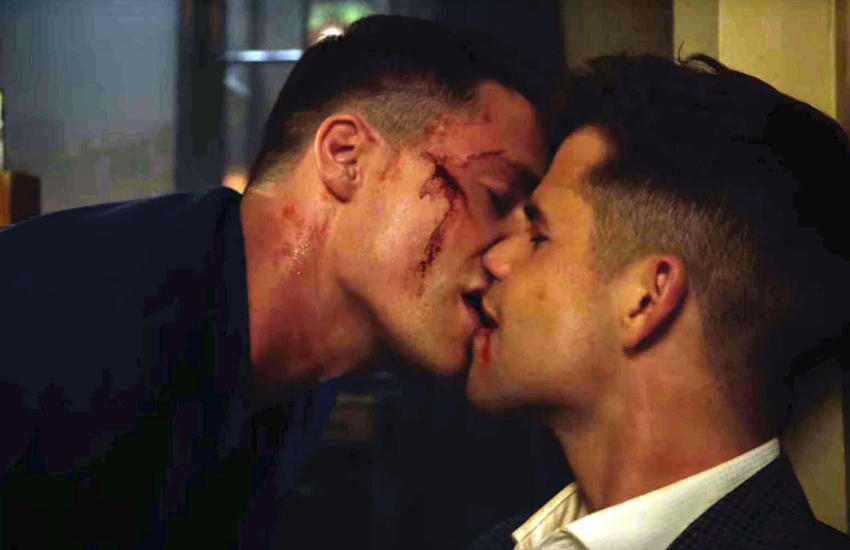 When was the last time you saw some real teen heartthrob’s in a gay relationship on a major US TV show? Well, you can see it here:

Colton spoke to EW about his Teen Wolf character, saying ‘I thought, if Jackson comes back, he’s coming back in a relationship with a guy.Whether that means he’s bisexual or gay, that’s how he’s returning. I just felt like he went off to London and found himself.’

Charlie said, ‘We’re an odd couple. His character’s always been kind of an arrogant prick, so I’m the one who tones him down.’

Charlie Carver is an actor. He is best known for his role as Porter Scavo in the ABC television series Desperate Housewives.

He is also well known for his role on Teen Wolf as Ethan, along with his brother Max Carver who played Aiden. They both now currently star on the HBO series The Leftovers.

He came out via his Instagram account where he wrote, “As a young boy, I knew I wanted to be an actor. It was around that age that I also knew, however abstractly, that I was different from some of the other boys in my grade.

“Over time, this abstract ’knowing’ grew and articulated itself through a painful gestation marked by feelings of despair and alienation, ending in a climax of saying three words out loud: ’I am gay.’”