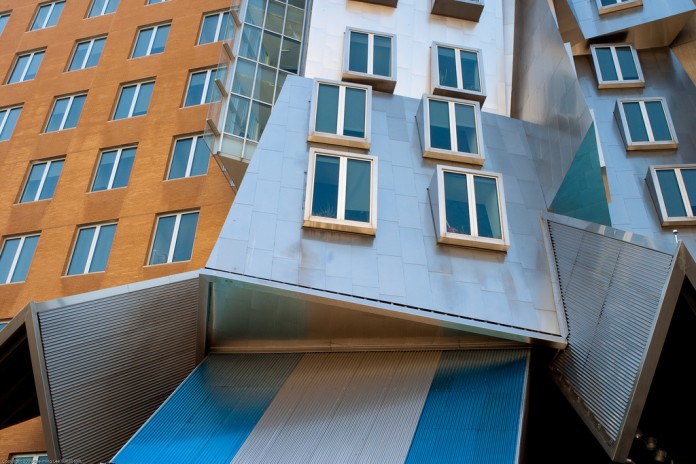 You might think that Cambridge is simply a neighborhood of Boston, but this city of about 100,000 that’s famous for its esteemed schools of higher learning is very much its own entity. And despite the somewhat conservative common perceptions of Harvard University and the Massachusetts Institute of Technology (MIT), Cambridge cultivates a great sense of diversity and has much to offer lesbian and gay visitors. The Cambridge Office of Tourism puts it wonderfully well with its slogan: “A little funkier. A little spunkier. Definitely spicier.”

Of course, Cambridge lies just across the Charles River from less funky, spunky, and spicy Boston, so it’s easy to get back and forth between the two cities, by car or taxi, bus or metro, or even on foot. Cambridge has no shortage of first-rate, gay-friendly accommodations, so you can always overnight here, but its proximity to Boston makes it great as a day trip from the latter, too.

Puritans settled Cambridge in 1630 and six years later founded America’s first university, Harvard, which remains a top tourist draw – walking tours of campus are given daily. Dozens of shops and eateries line the streets around Harvard Square (where Massachusetts Avenue and John F. Kennedy Street intersect). Within steps of it are such vaunted cultural institutions as the Widener Library, with the country’s second-largest book collection; the Fogg Art Museum, whose 80,000 holdings concentrate mostly on European and American painting; the Arthur M. Sackler Museum, which emphasizes Asiatic, ancient Greek and Roman, and Egyptian, Buddhist, and Islamic art; and the mammoth Harvard University Museums of Cultural and Natural History.

To the southeast, MIT’s campus fringes the Charles River near Kendall Square, a bustling hub of dining and shopping. Although not as exhilarating to tour as Harvard, MIT’s 135-acre campus does have a few museums as well as some noteworthy modern architecture by I. M. Pei, Alvar Aalto, Eero Saarinen, and other design luminaries of the past century.

You’ll find plenty of great bookstores in Cambridge, but the iconic feminist one, New Words, closed in 2002. Fortunately, the same owners have created a space with a similar mission, the Center for New Words. This nonprofit literary and cultural center holds readings, sponsors events and workshops, and offers women an inviting space to meet and network.

Cambridge has some of the best restaurants in New England, from affordable and quirky student-oriented hangouts to high-caliber places with national reputations. One of the most celebrated restaurants in the area, the Blue Room is hip, funky, informal, smart, and international, with creatively prepared foods from Latin America, Europe, and Asia. The Sunday brunch buffet is always a huge hit, doling out buttermilk pancakes, octopus salad, sweet plantains with chipotle ketchup, and about 25 more sweet and savory treats. “Equatorial cuisine” has long drawn crowds to East Coast Grill and Raw Bar, where you might try pinot noir-braised short ribs or spice-crusted mahimahi. It’s a low-key but lively space, great for a date. An artsy neighborhood bistro in nearby Somerville, Gargoyles on the Square is worth the trip for such well-priced, innovative delights as braised lamb shank with broccoli rabe, white yams, dried fruit, sour cream, and pecan relish. Hipsters and funksters jam the snappy dining room.

Just off Harvard Square you’ll find dozens of notable ethnic restaurants, with Penang among the stars. This slick, postmodern space turns out delicious Malaysian food, such as pineapple-fried rice with shrimp and squid, and tasty duck with bean curd, scallion, and ginger. Although some complain the slick local chain Legal Sea Foods lacks the authentically down-home ambience of a true wharf-side seafood shanty, you can’t beat the quality and freshness here. The clam chowder and the smoked bluefish pate make for outstanding starters, and wood-grilled scallops, cioppino, and the traditional New England clambake are tempting main dishes. There are two locations in Cambridge.

Finish up with a scoop of the amazingly thick and delicious ice cream served at Herrell’s, the original of which you’ll find in Northampton. Flavors like malted vanilla, chocolate pudding, cookie-dough peanut-butter swirl, and cinnamon nutmeg will delight sweet-tooths. There’s a reason USA Today named Herrell’s one of the nation’s top 10 ice cream parlors. If you expect more than snacks and light lunches from a coffeehouse, check out Club Passim, a nonprofit folk music and cultural center selling funky cards, gifts, and jewelry; booking terrific folk and acoustic entertainment throughout the week; holding provocative exhibitions in its gallery; and serving wonderful food in its restaurant, Veggie Planet. Nosh on creatively rendered meatless treats, like grilled Vermont cheddar and tomato sandwiches, organic mac-and-cheese, peanut-udon noodle bowls, and leafy salads.

ManRay, Cambridge’s rockin’ pansexual dance club, closed in summer 2005 after a wonderful 20-year run, but its famous retro-glam New Wave-meets-punk bash, held on Saturday nights, lives on at Toast, a swish lounge in Somerville. The party, called “Heroes,” continues to draw a mixed-gender crowd of all leanings. In fact, this handsome space has become quite the toast of the town for Boston’s gay community, holding a well-attended “Dyke Night” on Fridays (it’s preceded by the mellower after-work fete, “Dykotomy”), and the goth-industrial “Crypt” on Wednesdays (that, too, was a favorite event at ManRay).

Cambridge has several major chain hotels, most of them near Harvard and MIT, but you’ll find some considerably more distinctive accommodations as well. The gay-popular Kimpton chain runs the snazzy Hotel Marlowe, whose 268 handsomely furnished rooms have animal-print carpets and opulent velvet fabrics, plus such handy amenities as CD stereos and free WiFi. Guests can check out bikes and kayaks (to use on the Charles River, just outside the door) for free. If you get a chance, grab dinner at the fabulous Bambara restaurant, which serves superb regional American fare to a sexy, see-and-be-seen crowd.

If it’s a good value you’re after, check into the Holiday Inn Express, a perfectly pleasant member of the reliable chain with rates starting at under $100 nightly. For this you get free high-speed Internet, microwaves and mini-refrigerators, and a substantial buffet breakfast. And with the money you save, you can spend a little cash as you saunter around Harvard Square’s oodles of great boutiques and terrific restaurants.